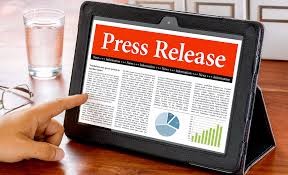 A press release is a statement distributed to the media to help generate press coverage of specific news. If written correctly, press releases are a fantastic tool to gain visibility from high-profile media outlet coverage. Below, we’ve compiled 3 press release examples that will help you get the word out.

When your press release is ready, the next step is to get it in front of the right people at the right time, which can be both expensive and time-consuming. Consider hiring a nationwide press release distribution service.